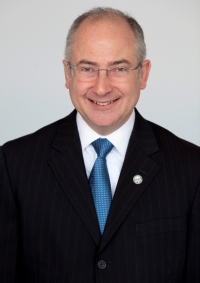 Being upset with anything involving the 2009 bond issue is like attending Game Seven of the World Series, watching the Cleveland Indians win it all … and being upset that you did not catch a foul ball.

Because Mr. Wolford cannot argue that the City of Euclid and the Euclid Schools are worse off as a result of Issue 105 passing in 2009, he lifts a single 22-word sentence out of a 1,425 word essay in an attempt to suggest that something nefarious occurred.

First - Euclid businesses were made aware of the new schools building project through emails, letters and they were invited to a meeting about it.  But, they were told, all Euclid companies would be subjected to the competitive bidding process.  In fact the sentence immediately before the sentence that Mr. Wolford includes in his essay says the following: “There are ‘good faith provisions’ in this agreement which will ensure that Euclid businesses do not exceed normal pricing levels for their products and services”.  While the Euclid Board would have been thrilled to award multiple contracts to Euclid-based companies, we were not going to do so at the expense of Euclid taxpayers.  Two Euclid companies were awarded contracts because they provided the lowest and best bid.

Second, the question of how many Euclid residents worked at the new school job sites.  The better questions to ask are: Was the community inclusion plan a good idea? And what was the Board of Education trying to accomplish with that policy when we put the bond levy on the ballot?

Here is that answer.  As the Euclid Board deliberated on whether or not to put Issue 105 on the 2009 ballot it is important to remember the condition of the economy when we were considering the bond levy.  Euclid and the rest of the United States were in the midst of the worst economic downturn since the Great Depression.  The Board created the community inclusion plan to ensure that Euclid workers, who had the skills to build these four new schools, would NOT be sitting at home without an income as these buildings were being built.

We crafted the community inclusion plan in early 2009, the ballot measure passes in Fall 2009, we awarded contracts and engaged in planning for much of 2010 and we broke ground on June 3, 2011 … and by that time the economy had started to recover.  Euclid residents who had building and construction trade skills were already on jobs sites.  The community inclusion plan was designed to ensure that Euclid residents would have jobs and by the time construction began on the four new schools, many of them already had jobs.

The community inclusion plan was innovative and it demonstrated creative thinking by the Euclid School Board in the midst of the global Great Recession. But the better deal for Euclid residents was that they got four new elementary schools built on time and under budget at a 41% discount.  Those schools will pay for themselves based on the operational savings they created for the district and its taxpayers. The new bond issue will again replace aging buildings at a fraction of the cost and lead to greater operational efficiencies for the district.  That is why I supported Issue 105 in 2009 and why I support Issue 111 in 2016.