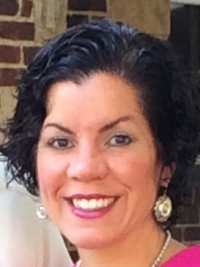 I am writing to express my concerns as a Euclid resident, and as the mother of three daughters, ages 12, 11 and 7.

We’ve lived in Euclid for nearly 14 years. We were first drawn by the character of our home, Euclid’s accessibility to the lake and other communities, and the affordability of the area.

We were fully aware of the economic and demographic shifts within the city and when the housing crisis hit in 2007-2008, we swallowed hard and did our best to bloom where we were planted. For the most part, we have enjoyed living here.

We love the Euclid Library and the Euclid Youth Soccer Organization in particular.  We also value the Euclid Police Department’s efforts to keep the community safe, including its expanded community outreach initiatives.

However, the rise in violent crimes, the number of abandoned or neglected homes, the lack of recreational infrastructure and what I perceive as a lack of vision for the city, are troublesome.

As a family, this reality affects how we feel about living here. It erodes our sense of security and affects many of the choices and decisions we make. (Examples: Do we update our kitchen? Do we add another bathroom? Do we stay or do we go? Now or later?)

While there may be plans underway for the city’s economic development, it’s hard to see where there are similar efforts to at least maintain a certain quality of life for hardworking families.

For instance, the well-worn locker rooms at Memorial Pool make us think twice about swimming there. The tennis courts are in need of upkeep, too. The crowds that we've sometimes encountered at the library entrance after school make us less inclined to go during the week.

I can’t help but think that a few strategic investments by the city could improve the overall living experience for everyone in the city, even amid some of the negative activities that take place.

Perhaps the development of a community/recreational center could offer a range of programs for residents of all ages. This could house everything from recreational and arts programs, to job training.

There is also a need to instill pride in home ownership and residency in Euclid. Too many home owners are simply failing to maintain their properties, affecting the overall appearance of many neighborhoods. It’s depressing.

Communities like the trendy Gordon Square Arts District in Cleveland have done more with less than what exists in Euclid. Yet, the negative trends in our community have diminished Euclid’s public image. When Euclid is in the news, it is usually crime related. There does not seem to be a tangible effort underway to enhance the city’s image, or improve its condition for the benefit of residents, not just the sake of economic development. Euclid could use a PR boost and a vision that incorporates the needs of both residents and businesses.

In closing, I realize that there are positives and negatives in every city. I know that crime is everywhere and that limited resources challenge Euclid. Nonetheless, there must be a way for the city to put the same focus on retaining and attracting home-owning families as there is on economic development.

If not enough is done to retain home owners and young families by investing in schools and recreational resources, the city will likely end up with even more vacant or rented properties, which will exacerbate some of the current challenges. As someone with a relatively young family, it’s my hope that the city strikes a healthy balance moving forward.

I am a freelance writer, wife. and mother of three daughters, ages 12, 11 and 7 years old. I worked previously as a health care reporter for Crain's Cleveland Business and as a managing editor at the Cleveland Clinic. My pasttimes include taking pictures, following current events and exploring Northeast Ohio. I am a proud soccer mom.