The Roles of the County Executive and Council 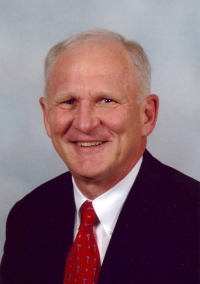 This year, for only second time in the 200 years of Cuyahoga County, voters will elect a County Executive and half of the members of the County Council.

As someone who has been part of the new Charter government these past four years and someone who is currently running for the position of County Executive, I will try to answer these questions.

Our new County Charter is clear that the County Executive, like the CEO of a corporation, is to be the chief executive officer of the county.  It is the responsibility of the Council to pass legislation, be the taxing authority and to provide advice and consent to the Executive on the names he or she brings forth for cabinet appointments.

The other big change in the new Charter, which I will get back to, is in the Charter's commitment to "improve the County's economic competitiveness."

The positions of Council, as written in the Charter, were seen as part-time.  I can say that though the job has taken a great deal of time during this initial start-up period, I do support what the Charter drafters wrote about their desire for these positions to be part-time. These first four years have taken a great deal of time as anything new requires, with all the committee meetings and hearings to gather the information in order to try to get it right. Part of this additional time was needed because this brand new form of government consists of so many new responsibilities that we needed to take on.  The size of the $1.3 billion dollar budget (second only in size to the budget of the entire State of Ohio) requires a great deal of care to do a good job.

I became a member of the Council Finance Committee because I wanted to bring my experience managing budgets as the CEO of a  manufacturing company to the task of better understanding the county budget, and putting forth policies that will succeed for future Councils. It was important that we invested the time in these first four years in order to deal with essential issues like making sure there are financial reserves for both the Operating Budget and the Health and Human Services budget.

You can think of the County Executive like the President of the U.S. or the Governor of Ohio, who have Cabinets reporting directly to them.  Like the CEO of a corporation, the County Executive must bring the leadership for the nearly 7,000 employees to follow. Under the old county government, this direct leadership role was shared by three commissions and delegated to a hired member of staff.  Today the Executive reports directly to the people of Cuyahoga County and he or she stands for election every four years.

The Executive builds a management team by bringing together qualified individuals, subject to the confirmation of Council and the officers and directors of the county, to carry out all the functions of county government.  The Fiscal Officer, Medical Examiner, Clerk of Courts, Director of Public Works, Director of Laws, County Treasurer and the Sheriff combined with the Director of Health and Human Services, and the Director of Development together make up the cabinet.  The duties formerly done by the auditor and recorders are now part of the Fiscal Officer's job and include the boards and commissions.  The Director of Public Works picks up the former roles of county engineer and county sanitary engineer. Though they are no longer elected, the other officer positions’ roles are similar to those they carried out before.

As important as the other functions are within the County Executive's office, the Department of Health and Human Services is one that must be done right because it touches so many lives here in the county in such vital ways.This brings me to Charter’s focus on the elevated importance of economic development within the county.

Quoting from the Charter: "The County shall have as a primary responsibility the promotion and enhancement of the economic well-being and prosperity of the County and all of its residents."  In order to achieve this, the Charter calls for 1: focused, effective and accountable leadership and states that  2: job creation and economic growth is a fundamental government purpose, thereby helping the County do a better job of creating and retaining jobs.

It is clear that a primary area of responsibility for the County Executive is job creation.  The Executive is to be someone with leadership skills who has shown that he has been and can be an effective and focused job creator.

I have tried to use my experience as one of the new County Council members to write this article in order to bring some insight into our role and the role of the County Executive under our new Charter government.  It is my hope that as Cuyahoga County citizens consider the second election of the County Executive and Council members, that this article helps to provide information about what these jobs are, and the many ways they impact every one of us.