Heroin Related Deaths at an All Time High, Vivitrol Can be Life Saving 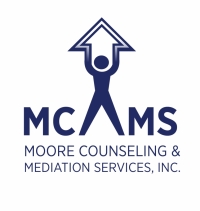 The heroin epidemic in Northeast Ohio is taking a toll on many families because of the increased number of fatal overdoses.  Most of the overdoses are due to the heroin and fentanyl combination.

Police in Elyria said they responded to six overdoses in 24 hours in late April.  So far the city of Elyria has seen twelve deaths due to the heroin epidemic.

Lake County has reported ten fatal overdoses so far this year, but that number is expected to increase according to the Lake County Coroner’s office.

Moore Counseling and Mediation Services, Inc. provides help to individuals that are struggling with this addiction.  Moore Counseling has been treating heroin and other opioid users with Vivitrol, showing great success.

Call us today if you, or a loved one, are suffering. It’s time.