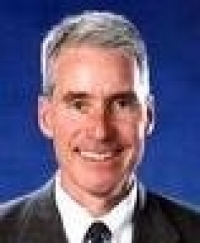 Tim McCormack, who has held numerous positions in local, state, and county government, recently confirmed his intention to run for the new county executive position created by passage last fall of Issue 6 – the charter amendment that dramatically overhauled Cuyahoga County’s government structure. It established an 11-district county council and a single county executive as the top county official.

Born and raised in Euclid, McCormack now resides in North Collinwood, where he and his wife Valerie raised their four sons: Colin, Brendan, Kerry, and Dylan. As of late May, McCormack and his campaign staff were in the process of opening a campaign headquarters office on East 185th Street.

While finishing his law school studies at Cleveland State University in the 1960s, McCormack made his first bid for public office, winning election to the Euclid City Council. He has since served in the Ohio House of Representatives, the Ohio State Senate, and as Cuyahoga County auditor and county commissioner. His two terms on the commission were marked by his efforts on behalf of welfare reform, fiscal stability, child protective services, and a national award-winning initiative in the area of early childhood education.

In response to questions posed by the Euclid Observer, McCormack shares some of his thoughts on the new county government and the challenges that lie ahead.

JS: If elected to the position of county executive, what three or four goals would top the list of things that you’d hope to accomplish during your term in office?

TM: My primary objectives would include advances in the following three areas:

Code of Ethics. With the now pervasive admissions of guilt throughout our regional public agencies, it is clear that formation, adoption and strict enforcement of the nation’s most effective public Code of Ethics must be the first priority of this transformed county government. It must be first because, no matter how vital human services and economic development are in our scheme, all will fail if we cannot trust those spending our money.

Jobs. Government is most helpful when it performs its vital public functions so efficiently as to create the sense and reality of well being within the community. When there is good government in a community it serves as one of the major incentives for people who want to work and live there. Good government wisely utilizes its resources in concert with private and non-profit entities. It works in supportive ways to encourage starting up and maintaining employment.

Education. It’s imperative that we see that every child succeeds. We must embrace the regimen that every child born into this community be provided with the encouragement and tools to live up to their highest potential. It is humanity’s highest responsibility. When any child falls short of his or her potential, we all lose. Cuyahoga County’s infant and early childhood education approach is a promising beginning that needs to be expanded upon in every space where a child’s future is being shaped.

JS: What do you regard as the major challenges that must be met in order for the new system of county government to succeed?

TM: The new Cuyahoga County government should lead the way by inviting economic development leaders, our colleges, regional government leaders, organized labor, and our non-profit foundations to go back to “school” together. As a full community, we need to think through and answer the question “What private-public investment strategy would work best to create jobs in Greater Cleveland?” We then need to act upon it as a team. That challenge has not been taken up in a united way by our community. We have moved from one bricks-and-mortar savior project to the next, seemingly one every 10 years. To survive, we need a long-term strategy to build our new sustainable economy.

If we invite in new people and their new ideas and apply them to old problems we will be well on our way to much-sought-after reform.

JS: Do you believe the new county executive/council structure can put an end to the corruption and patronage that have dominated news headlines for the past several years?

TM: Yes, I do, but avoiding corruption and bad governing requires reporting in each day, scrutinizing all pending business, adopting best practices, and being on the lookout for abuses of process. It all stems from intent to do the right thing.

JS: Under the new charter, several top county officials who in the past were directly elected by the voters will now be appointees chosen and approved by the new executive and county council. Do you see that as a positive step?

TM: There is absolutely no need to elect all separate offices of coroner, engineer, clerk, sheriff, treasurer, recorder, auditor and prosecutor. We should vote for one office charged with the criminal law function as that office involves life and death decisions. While many other people would support an appointed fiscal and tax officer, I have suggested strong consideration be given to electing the community’s “money person.” The functions of the auditor, treasurer and recorder could well be combined into one office. I like the idea of having the person who reports to us on the county’s money issues accountable to the voters. Spending on a convention center, Gateway, Playhouse Square, Rock and Roll Hall of Fame, business loans, taxes, and real property valuations are multi-million dollar county spending and auditing issues. A county-appointed fiscal “employee” would have no direct accountability to the voters. Moreover, he or she would probably be fired for telling the public an “inconvenient truth.”

JS: What approach would you take in working with the new county council to keep lines of communication open in order to achieve consensus on major county wide objectives?

TM: Establishing friendly relations now during the campaign, and holding full, open, weekly caucuses to review policy, as well as daily contact with council as needed. Ultimately, I would travel their districts with them and let them explain their priorities on a regular basis.

JS: When will Cuyahoga County voters know if the new government structure is working as envisioned, and how will they know?

TM: It will become clear soon based on the tone set, adoption of the Code of Ethics and volunteer councils continuing their work. JS: Do you believe the new structure has the potential to spark economic growth and job creation in Northeast Ohio? If so, how might that happen?

TM: Jobs are created and maintained in the largest part by private initiative. Private creativity remains our best hope for our future financial security. Government’s role as a positive partner in this equation is vital. Government on its own cannot replace private entities in performing the vital function of job creation, but it can and should be an essential partner in the equation.

It is exciting to see so many good people who are dedicated to remaking our 200-year-old system of governing ourselves. Issue 6 mandates economic development as the top priority. However, justice-related issues make up the largest single item in the county budget; and the primary focus of Cuyahoga County for decades has been human services. Each of these subject areas would benefit from a fresh-air approach. People thrive when they are able to be self sufficient. Economic development, human services, and justice affairs work best when we recognize their interdependence.

JS: There has been much talk about “regionalization” as a mechanism to improve government efficiency, and hopefully, reduce the tax burden on the citizens of Cuyahoga County. Do you view the new government structure as a positive step toward achieving these goals?

TM: When the Indians, Browns, and Cavs are doing well, you see their insignias in Erie, New Philadelphia, Youngstown, Sandusky, Ashton and for more than 100 miles in all directions. That to me is our region. Just as these teams do, our ports, airports, shore lines, businesses and governments must also take that 100-mile view of our future.

Where can we cooperate? Consolidate? Co-fund? Rededicate? Take advantage of the vast strengths and attractions of our vast region. If this new reformed government does not lead us in that direction, I will view it as an abject failure.

JS: In your analysis of Issue 6, the charter amendment that ushered in the sweeping changes in county government. What did you find to be its strong points? And what, if any, weaknesses did you detect?

TM: The single most important reason to fundamentally reform the over $1 billion, 9,000-employee, Cuyahoga County government is to prove to ourselves and the outside world that we will change when needed. Comprehensive reform of the Cuyahoga County government has the potential to be a catalyst--the first major step to inspire necessary additional reforms within public and private institutions.

We would be best served by having one highly valued person elected as a single county administrator. He or she would, in effect, serve as the county’s “mayor,” with the authority and responsibility we normally associate with city mayors. That person would then need to step up and take charge.

Please trust me when I point out that having three separate people in charge attempting to set a unified course too often is painful for the community. It is also often painful for the unfortunate commissioners. The antiquated three-person system too often results in a form of paralysis by inaction. It adversely affects our regional initiatives. Imagine three quarterbacks in the huddle calling signals, three people playing the same poker hand, or three people with one steering wheel but three different plans as to the best way to get home.

JS: Do you see a need for further “tinkering” with the county charter to improve prospects for a successful transition? If so, what changes would you hope to see incorporated?

TM: Do you know that when you include the judges we elect in Cuyahoga County, 56 countywide officials are elected within our county alone, three commissioners, seven other elected officials, and a total of 46 judges. Wow! How many elected officials do we really need to work well?

How about reducing Cuyahoga County elected offices to the fewest number essential to ensure the best government? There are three great reasons to do this. The first is to bring us good government. The second is to save vital resources. The third reason is to successfully win a vote to adopt the plan of a smaller, less expensive, consolidated Cuyahoga County government.