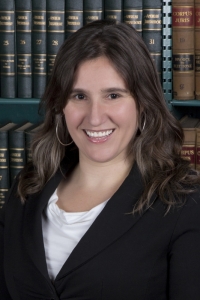 Alisa Boles is a local attorney.

I am happy to announce a settlement was reached in the Sunshine Law lawsuit against the City of Euclid.  A Stipulated Notice of Dismissal was filed with the Cuyahoga Court of Common Pleas today ( Case No. CV 19 912419 ) .  The Council President admitted to some wrongdoing in an affidavit accompanying the City's Motion for Summary Judgment, but made assurances that corrections have been made for the future.  Another motivating factor for the settlement was a concern with proceeding with a jury trial during the pandemic.

Going forward, I do hope Sunshine Laws will be complied with more strictly as was the intent of local and state level drafters of these laws, which were put in place to protect an open and free democracy.  Citizens should not have to sue to get their trusted officials to do the right thing.

Along those lines, we have a new issue that is waiting to be addressed.  Citizen access to Euclid City Council meetings has been limited throughout the pandemic.  Under Euclid law, Citizens have a right to speak at Council meetings.  During the pandemic, Citizens were told they now must just send emails to be read by the Clerk if they wish to have input.  This raises both Home Rule and Separation of Powers issues.  The Home Rule issue arises because City law trumps State law in matters of self-governance, unless City law is silent on a matter.  State law allows for digital meetings during a pandemic, but this does not negate our local right for direct citizen participation.  The Separation of Powers issue arises because Council was supposed to have voted to change the format, which they never did.  Instead, they just made changes as directed by the Administration.  An emergency ordinance was put before Council in early June to provide better access to the public, which I personally drafted.  Council voted to put it in Committee (Executive & Finance), but it has yet to be addressed.

The Administration kept suggesting that COVID may blow over and this will be a nonissue, but as we all see, it is not going away anytime soon.  The Law Director is concerned that someone might interrupt a meeting with an obscenity, but this could happen at a live meeting as well.  Concerns over potential nuisances - and even crimes - do not interfere with public access to live meetings and they should not override our First Amendment rights during digital meetings, either.

Each meeting that goes by, we miss the opportunity to hear our neighbors speak for themselves about issues that are important to them.  You lose something, for example, when a White Council Clerk reads a Black man's words about social injustice.  Even on more light-hearted matters, Council meetings are more dynamic when issues are presented by the various faces, voices and personalities that make up our diverse community.  This tradition was so important historically that provision was made for public speech in our local laws - not once, but twice during each meeting.  This should be possible via Zoom with the proper controls in place.  In fact, the City's Planning & Zoning Commission allows direct public participation in its Zoom meetings.  Other area cities allow this as well.  So, too, should Euclid City Council.  To their credit, many members of Council have expressed concerns with the way public participation is being suppressed, but the Council President sets the agenda for the E&F Committee and she continues to neglect the matter, deferring to the Administration.

Violations of Sunshine Laws can lead to a Court overruling Council's actions on matters discussed in meetings that do not comply with the laws.  It is not fair to stakeholders to have their dealings be disrupted because of Council's noncompliance with basic procedural laws they could easily - and should consistently - be following.