A Right and Responsibility 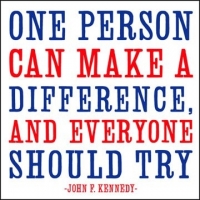 Regardless of what you believe or who you support, I want you to vote.  I am the Councilman in Euclid Ward 2 because people came out and voted for me.  The people that voted for me and any of the other councilpersons in the last election helped to decide the direction the City of Euclid would take for years to come.  They may not have thought about it that way when they entered the voting booth, but that is in fact exactly what they did.

I recognize that the upcoming election doesn’t feature one of those important presidential contests that bring voters out, but that doesn’t mean there aren’t important issues on the ballot that need your attention.  I believe that every time you have an opportunity to vote, you should.  Hundreds of activists, many regular folks just like you and me, have spent time in jail having been arrested fighting for voting rights.  Thousands of people have died so that we could enjoy the privilege to vote in a free society.  Voting is our right and responsibility.

September 26 was National Voter Registration Day.  To vote in the 2018 November Election:

Voting Day is November 6.  I always have voter registration forms at my office at my office at Moore Counseling and Mediation Services, Inc. at 22639 Euclid Avenue.  Office hours are Monday through Friday from 8:00 – 7:00 p.m.     If you need to register, please come by for a form.  Even if you are too late for this election, get registered so that you can vote in the next election.

Your voice matters.  Research the issues and the candidates on nonpartisan sites so that you get an objective opinion and know who and what you are voting for. Vote and to make sure your voice is heard.

Vice President of Moore Counseling and Mediation Services, Inc., Councilman for Euclid Ward 2 and Associate Minister at Lake Shore Christian Church.  I can be reached at bmoore@cityofeuclid.com