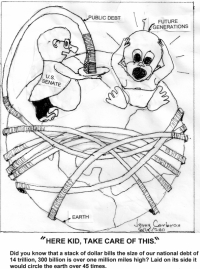 With her many years of top level administrative experience and her two terms on Euclid City Council, Mancuso is expected to mount the most serious challenge. A win for either Jack or Charlene will be a first for Euclid: an African-American or a woman in the mayor’s office.

I’m sure the hot button issues Cervenik will have to defend are the renewal of the trash and street lighting fees.

In future publications look for the Observer to publish a series of questions and the answers given by the candidates.

Obama getting heat over legal issues

As I write this, on June 19, the War Powers Act clock expired on President Obama’s military incursion into Libya. Members of his own Democrat Party have joined the House Republicans in demanding that he follow the Act’s provision seeking Congressional approval to continue. So far his legal advisors are saying the War Powers Act does not apply in this case. Look for a battle royal on this issue in the House of Representatives.

Another really big battle is shaping up over the Medicare Reform Act of 2003. Karl Rove wrote extensively on Obama ignoring the Act’s provisions in the June 9 Wall Street Journal. If the Medicare Board of Trustees predict that the program’s costs paid by Medicare taxes, now require over 45 percent general revenues to keep pace with rising costs within a seven year period. The president must propose legislation within 15 days of his next budget submission.

This requirement existed in 2010 but both Houses of Congress, controlled by his party, excused him from the provision. House Republicans will not give him that out again as the Medicare issue is subject of heavy current debates.

The biggest battle is currently underway

President Obama and the Democrats want to raise the debt limit by a couple trillion dollars. The Republicans have offered to vote for raising the limit if the president and the Democrats will agree to cut spending the same amount. If an agreement is not made by mid-August the government will default and not be able to pay its obligations and the economy will flip flop. Obama is in deep, deep trouble on this one.