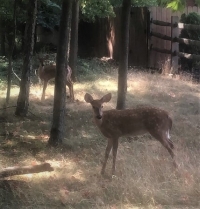 The City of Euclid requested input from the citizens of Euclid regarding the deer population in our city. The survey that was on the city of Euclid’s website was originally available through August 15th, but was extended through the end of August. The Safety Committee meeting is scheduled for September 16th at 6:30 pm to discuss the full results of the survey.

Through August 15th 341 surveys were completed and below are the results of a few of the major questions in the survey.

Do you consider the deer population in Euclid to be a major problem?

Do you support lethal methods (culling deer with firearms/bows) to reduce the population?

Do you believe the City of Euclid should spend money from the general fund in an attempt to reduce the deer population?