COVID-19 Evictions Could Leave More Women Without a Vote

by By Malcolm Burnley and Rachel Dissell 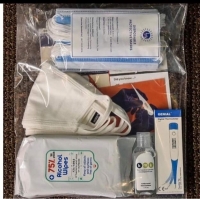 Lynn Rodemann walked up the driveway, a mask fixed tightly to her face.

A mother of five welcomed her into the backyard, where she was cleaning up the colorful, damp decorations from a child’s birthday party the evening before.

Rodemann, a community outreach specialist, is part of a pandemic response team traversing Slavic Village to check on residents and offers information on a rent assistance program – and an application to vote by mail in the upcoming November presidential election.

Working the overnight shift as a corrections officer at a women’s prison during a pandemic, coupled with limited child care options is a daily struggle, the woman said.

“You could see how tired she was,” says Rodemann, who broke social distancing protocol to give the woman, who started to cry, a hug. “I was so devastated for her.”

After that encounter, she  wondered how a mom like the one she had met could have any energy left to worry about voting. A few days later, Rodemann returned to the home with a care package: masks, alcohol wipes and a thermometer.

“If there's a possibility that they're losing their house, they don’t give a shit about voting,” says 39-year-old Rodemann, who has worked for Slavic Village Development in the historic but under-resourced neighborhood for six years.

“They’re worried about keeping a roof over their head and still eating.”

And just as fears of evictions remain in thiscommunity 10 minutes south of downtown Cleveland, it’s a concern facing thousands of Americans nationwide.

Policy experts predict an “avalanche” of evictions to hit low-income renters across the country this fall. Women are expected to be the majority of the30 to 40 million Americans at risk of eviction by year’s end, according to findings from the Aspen Institute. If income-insecure women face losing  their homes - and access to a stable address to receive voting registration, ballots, applications, and critical change-of-address forms -  this could impact how many of them vote in the upcoming presidential election, experts say, adding this could also have a significant impact on the outcome of the November election.

“These aren’t issues that people look at together, but they should be looking at together,” says Shailly Gupta Barnes, policy director for the Poor People’s Campaign and the Kairos Center.

A recent NPR analysis found neighborhoods with higher evictions had lower voter turnout than the rest of the city, including other low-income neighborhoods. In Slavic Village, the worry is that voter turnout, which hasn’t rebounded from the last housing crisis more than a decade ago, could get worse. In 2016, only 38.5 percent of eligible voters cast ballots, thesecond-lowest among neighborhoods in the city.

Cleveland and Cuyahoga County  have allotted $18.1 million in federal CARES Act and Community Development Block Grant money to help renters. As she goes door-to-door, Rodemann and others spread the word about the rental assistance program, administered by CHN Housing Partners, a housing nonprofit, which can cover rent for up to three months.

Energizing people to vote in a community like Slavic Village could prove difficult. The same has been true for encouraging people to fill out the U.S. Census.

The neighborhood has followed the pattern of other industrial and urban communities: a booming population at the start of the century, then deindustrialization post World War II, urban flight, and declining populations,empty homes and increases in poverty and crime rates. By the Great Recession, the 5-square-mile neighborhood had more foreclosures in its 44105 zip code during the spring and summer of 2007than any other zip code in the United States. The housing market, then in crisis across the country, was devastated in Slavic Village. As it continues its climb to recovery, the community again staves off another wave of housing displacement wrought by COVID-19.

Now get-out-the-vote efforts are more difficult as coronavirus cases top 5 million in the U.S. and nearly 4,500 in Cleveland. That’s why a vote-by-mail application is included in the same handout packet alongside rent payment assistance information that Rodemann hands out.

Women have consistently outpaced men in voter turnout across racial groups and education levelssince the 1980s. And because women, as a voting bloc, have historically leaned toward Democratic party candidates, evictions could mean a partisan impact. In 2016, then -Democratic candidate Hillary Clinton led among women voters by13 percent compared to President Donald Trump. That gap has widened in 2020, putting former Vice President Joe Biden ahead of President Trump by25 percent among women voters, according to recent polling.

For now, the anticipated surge in evictions hasn’t manifested. In July, there were 423 eviction filings in Cleveland,down 55 percent from the same month the year prior. But there’s reason to believe the data doesn’t yet reflect the situation to come.

The national moratorium on evictions — a 120-day freeze that applied to many renters and was part of the CARES Act — was lifted in July. On August 11, President Trump said: “We are stopping evictions. We're not going to let that happen,”  But the president’s top economic policy analyst, Larry Kudlow, walked back those comments days later.

Meanwhile, Congress has been unable to agree on further relief for keeping people in their homes, despite the success of CARES Act protections.

“Eviction and voting don't go real well together. It becomes a form of voter suppression,” says Bill Faith, executive director of the Coalition on Homelessness and Housing in Ohio.

In the months leading up to the election, community groups in Cleveland  have stepped in to register voters and recruit poll workers, canvassed door-to-door while passing out supplies like masks, bandanas and hand sanitizer.

One of those groups is  Cleveland VOTES, a nonpartisan organization founded by two Black women. The group aims to get low-income residents involved in the democratic process in tandem with the board of elections. As of Aug. 17, the county elections board had  received more than40,000 vote-by-mail applications.

“I know that people are getting the message, I know that more people are applying for vote-by-mail,” says Jennifer Lumpkin, civic engagement strategist for Cleveland VOTES.

In this year’s primary election, Ohio voter turnout was down close to 45 percent compared to 2016, according to aJuly report by the Stanford-MIT Healthy Elections Project. That was the steepest four-year dip of any state.

The decline has been attributed to a confluence of factors, including fear of the virus, conflicting information about when and how to vote, slowed mail delivery and primary races that were less competitive than in 2016. Another factor was the two-step process to vote by mail, or absentee, in Ohio. Voters have to fill out and return a paper ballot application to their local board of elections before getting a ballot to cast.

Early and in-person voting will still be offered, though the state is limiting secure ballot drop boxes to one in each of the state’s 88 counties. Given health and safety concerns, particularly in the city’s Black communitydisproportionately hit by COVID-19 infections and deaths, groups like Cleveland VOTES are emphasizing mail-in ballots.

When it works properly, voting by mail can actually help to overcome some of the gendered barriers – like lack of transportation – that interfere with women’s votes, Lumpkin says.

That aligns with Rodemann's conversations with women in Slavic Village.

“You can talk about voting and say, ‘I also want your voice to be heard. I want you to be counted,” Rodemann said. “Folks who don't feel like they have a voice or they feel unheard, they feel unseen, then they don't participate.”

CAPTION: Chris Mobley, Nicole “Nic” Abraham and Maria Garcia-Olalla (left to right) walk up East 63rd Street in Cleveland’s Slavic Village neighborhood on July 29th. They are part of an effort by University Settlement and Slavic Village Development to check on residents and  pass out resource packets with information about the neighborhood food pantry, rent payment assistance and how to apply for an mail-in ballot to vote in the November presidential election.

CAPTION: Nicole “Nic” Abraham, a resident and board member at Slavic Village Development, leaves a resource packet on a porch during a community outreach session with University Settlement  in the neighborhood in August. (Rachel Dissell)