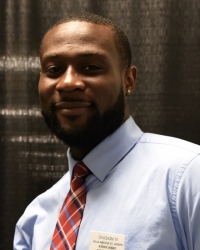 A former basketball player at VASJ, Ward went on to play NCAA Division I men’s basketball at Youngstown State University from 2008 to 2012. He served as the freshman/junior varsity head coach and a varsity assistant coach at VASJ from 2013 to 2017.

“It really is a blessing to be able to coach at the same school that I played at,” Ward said. “It’s really exciting for me and my family. First and foremost, being an alum there attracted me to the position. It’s really been like a dream job for me since I started my coaching career there as a freshman coach. I was always optimistic that maybe one day I would have the opportunity, and then when the opportunity came open, I couldn’t pass it up.”

After receiving a bachelor’s degree as an intervention specialist from Youngstown State University in 2013, Ward earned a master’s degree in educational administration from Cleveland State University in 2018. In addition to being a coach, Ward is founder and creator of a 12-week summer training program for teenagers in Cleveland and Youngstown to help with player development. Since 2018, Ward has served as the varsity head coach at Orange High School in Pepper Pike.

“We are more than thrilled to have Ash back home,” said Elvis Grbac ’88, VASJ athletic director. “He is dynamic and competitive and will bring a great energy to the men’s basketball program. His experience and willingness to teach young players will only continue to build upon the great tradition of Villa Angela-St. Joseph High School.”

Ward added he’s looking forward to returning home to coach at VASJ and giving back to the community.