How I Spent My Quarantine-cation

by The Minister of Culture Michael Heaton 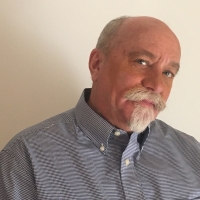 1. Watching CNN to find out how many ways I am likely to die in the coming days.

4. Check the mailbox for my months overdue freelance check.

6. Called Mom.  Apologized for not calling in so long. She didn’t recognize my name right away.

7. Go on FaceBook and see if my cat video is trending.

11. CNN reports on new ways for me to die. Starvation might be one if I don’t ever leave here.

13. Peek in fridge again. Still nothing.

16. Guy on FaceBook is cutting rolls of paper towels in half to make toilet paper. What is wrong with people?

18. Was just notified that H&M is a having sale.  What is H&M? Headboards and Mattresses?

21. New York Times Sunday Magazine is the music issue. The only artist I recognize is Taylor Swift and I’ve never heard a single one of her songs.

22. Talking head on CNN said try not breath when in public places.

24. News report says Genesis Breyer P-Orridge had died.  Who? That’s what I said.

25. Researchers at Johns Hopkins University report that in Hubei China, where the virus was first discovered, 67,760 people have been infected.  Out of a population of 59 million that is an incidence rate of 0.11percent.  That means 99.89 percent were not infected.  I’m going to the bar. Bar of soap. Again.