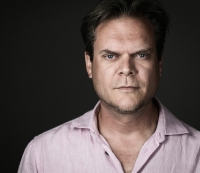 The 10th Annual Chagrin Falls Documentary Film Festival is welcoming Cleveland-born filmmaker Todd Thompson back home with a sneak peek of his much-anticipated film, Woman In Motion. The feature documentary chronicles the life of Star Trek's Nichelle Nichols and her daunting task to launch a national blitz for NASA, enlisting 8,000 of the nation's best and brightest astronaut recruits, including the first women, African Americans, Asians and other minorities, to fly in space.

Movie Nation Film Critic Roger Moore gave the film three out of four stars and declared it “a warm, sentimental, moving and delightful new documentary that aims to refresh our memories (about Nicholls) … the member of that cast who truly changed history.”

In this new golden age of documentaries when films like RBG and Won’t You Be My Neighbor are competing successfully with big, Hollywood tentpole releases, Woman In Motion strives to capture the attention and spark the imagination.  "The film’s messages about what a strong woman can achieve will inspire many,” said Festival Director Mary Ann Ponce. “We are honored to screen this powerful film at our 10th Anniversary Festival."

Benjamin Crump, civil rights attorney and an executive producer of the film said, “Woman In Motion is a great American story with incredible global impact. Nichelle Nichols helped create the brighter future we are living in now – allowing all humankind to boldly go.”

Woman In Motion will screen on Thursday, October 3 at 5:15 PM and on Sunday, October 6 at 12:00 PM at the CFIS Theater. The event will include a Q&A with the filmmakers. Director Todd Thompson will also participate on an Industry Focus – The Changing Face of Documentary Film panel discussion on Saturday, October 5 at 5:00 PM at Chagrin Falls Township Hall.

About the Film
WOMAN IN MOTION

In 1977, with just four months left, NASA struggled to recruit scientists, engineers and astronauts for their new Space Shuttle Program. That is when Nichelle Nichols, Star Trek's Lt. Uhura, challenged NASA by asking the question: "Where are my people?".
About Nichelle Nichols Nichelle Nichols began her show business career at age 16 as a singer and dancer with Duke Ellington and his band. Adding acting to her repertoire, she was twice nominated for the Sarah Siddons Award for best actress. In 1966 she joined the cast of Star Trek where she embraced her best-known role as communications officer Lt. Nyota Uhura.
Nichelle was invited to join the board of directors of the National Space Institute and asked to aid in its astronaut recruitment program for the space shuttle project. She embraced the challenge and launched a daunting, national blitz for NASA, recruiting 8,000 of the nation's best and brightest, including the trailblazing astronauts who became the first African American, Asian and Latino men and women to fly in space. Nichelle’s efforts changed our world for the better, helping break down barriers and unite us.

Todd Thompson, Director / Producer The day his dad took him to see Star Wars on the big screen was the day Thompson knew what he was meant to do the rest of his life. As a boy, he experimented behind the camera making short films with the help of his family and friends and his grandfather's 8mm camera. Today he is a creative director, producer and writer who has enjoyed a career both in front and behind the camera.

His favorite role, however, has always been that of a storyteller. He has over 20 years of experience working with The Walt Disney Company and other well-known consumer brands including ESPN, ABC, Pixar, Lucasfilm, Smucker’s, Jif, Folgers, The Orlando Magic, Atlantis and NASA.

Thompson also boasts a modest resume of award-winning films, and is currently in production on PRE FAB!, the incredible story of one man, his drums and the band that would become The Beatles, and What Hugh Knew, the inspiring true story about a band of surfers who find themselves transformed when the life of their friend Hugh Shaw is tragically cut short two weeks before college graduation. For more information, please visit ToddThompsonOnline.com

Stars North™ is an award-winning, independent, motion picture production company based in Orlando, Florida. The company actively pursues the development and production of original digital content and short and feature-length films, leveraging state legislative incentives that help support growth in the local economy and generate a continuous flow of work for cast and crew.