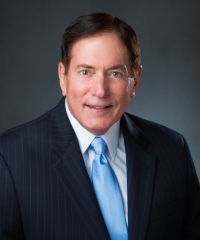 Dennis Knaus was an accomplished athlete and leader at Euclid Senior High School, lettering in cross country and swimming and serving on his class cabinet. Dennis earned a BS in Mechanical Engineering from Ohio University and captained its MAC Championship swimming team. A leading expert in foam manufacturing, he has several U.S. Patents. Dennis invented the technology to make low-cost polyethylene foam, used for protective packaging, insulation, and flotation (“Life-Vests”), has grown to a multi-billion/year market. In 1991, he founded Enviro-Tek (ET), a leader in inventing new foam technologies. ET was the United Nations’ primary contractor for eliminating the use of Freon™, an ozone-depleting chemical, in foam. Dennis, a world ranked professional triathlete, was on Saucony’s Triathlon Team and won the New England Championship several times.

What teacher or class do you most remember and why?
Mr. Dale Thompson – Coach Thompson was an outstanding man and coach who taught and inspired his athletes how to succeed in athletics and life. I don’t know if he is in the Euclid High Schools Sports Hall of Fame, but he should be! I remember receiving a post card from Coach Thompson in August prior to my junior year. It said, “Hi CHAMP, and YOU are a CHAMP! I am looking forward to having you on Euclid’s Cross-Country team.” My first reaction was the postcard was sent to me by mistake because I wasn’t a “Champ” and I did not know Coach Thompson. But then, I read it again and it sounded very personal, like he really knew me. I decided to give cross-country a shot and I was surprise how well I did. It gave me the background that helped me to succeed as a triathlete.

Did you have a favorite spot in Euclid, and what did you like about it?
The swimming pool – I enjoyed competitive swimming and it was an opportunity to unwind after my classes. It also gave me a chance to teach boys in gym classes how to swim. Some were afraid to put their faces in the water, but eventually they were able to swim and this was very rewarding for me.

What, if anything, about your Euclid High experience would you do over?
Nothing. Regardless of the good or bad that I experienced at Euclid, it made me who I am today and I am OK with the results.

Greg Fondran is Director of the Euclid Public Schools Alumni Association and a proud Euclid native who attended the Euclid City Schools from Kindergarten through 12th Grade.