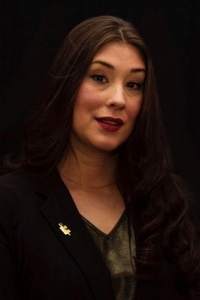 The All-Ohio Academic Team recognizes student excellence in academics, leadership and community service. Sixty-ninestudents from across the state were selected for this year’s team on the basis of their outstanding records.

Tri-C had more students named All-Ohio than any other school.

Nakasen, who received third-team honors, is studying accounting at Tri-C and expects to earn her associate degree by fall 2019. She plans to continue her education at a four-year school after graduation, possibly studying forensic accounting. Her goal is to earn her CPA.

She has worked toward her degree through online classes to balance academics with running her business, Gifts of Gaia, which sells crystals, herbs and homemade products that embrace a holistic approach to health and wellness.

Her grades at Tri-C earned her an invitation to join the Phi Theta Kappa Honor Society at Eastern Campus in Highland Hills.