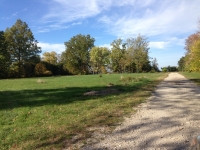 Sitting on the north side of Lakeshore Blvd. the four properties have sat under utilized for many years.  Future plans call for public access to compliment the lakefront development initiative.

Over the course of several Mayoral administrations the City of Euclid has become the owner of a number of properties formerly owned by various parties.  While sitting idle and or in differing states of development, each property represents an investment by Euclid taxpayers.  What is the status of these properties and what role do they play in the long term development of the City?

To better understand the future of these properties, over the course of the next several editions this space will examine several properties and discuss their history and future potential as envisioned by the Holzheimer-Gail administration.  The information presented in this article is taken from historical and public records along with interviews from members of the Mayor’s administration.

A collection of four individual lots north of Lakeshore Blvd. has sat empty for a number of years.  One of the lots was given to the City of Euclid in 2001.  The other lots were part of a political dispute that spilled over onto the front pages of the former Euclid Sun Journal during a Mayoral election.  The property was eventually sold to Coastline Investments which is controlled by K&D Development, owners of Harbor Crest Apartments that abuts the property to the west.  The Normandy Apartment is located just to the east.  Finally in 2010, Euclid took control of the three remaining parcels.  The total spend on the 5.7 acres of lakefront property: $470,000.

Since taking control of the property, the City has needed to maintain it with regular grass cutting and some tree and stump removal  recently that cost $13,000. An existing septic tank on one of the properties is slated for removal  as well.  A drive by this property today would find some older trees and a generally empty and underutilized plot of prime lakefront land.

However, this property has remained an important part of a hoped for and planned vision for the development of Euclid’s lakefront.  While the plan has changed over time, in the past several years a clear vision of that lakefront development initiative has taken shape in the form of the much publicized lakefront trail way and park.  With construction set to begin in 2018, the trail way will wind from Sims Park along the lakefront ending at a new beachfront park connected to the four individual parcels owned by the City.

While not completely detailed as of yet, the property will serve as a gateway to the eastern end of the lakefront trail way park.  There are several options being considered for the property, including a walking trail, public restrooms or other amenities to encourage use and provide residents with greater access to the lakefront.

Short term, the property may serve as a staging area for construction efforts related to the development of the path and beachfront development.  According to Allison Lukacsy-Love, Community Projects Manager for the City of Euclid, the Administration hopes to create a more parklike setting that serves as another place for lakefront visitors to enjoy access to Lake Erie.  In addition the City still hopes to support a new marina at the location.

In the next edition, this space will explore the former St. Roberts Parish property.