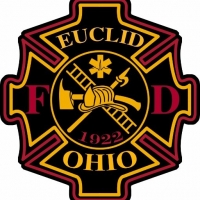 At 9:28 pm on Sunday, September 17, the Euclid Fire Department (EFD) responded to a report of an apartment fire at 27381 Sidney Drive, Apt. 9. On arrival at 9:35, a fire was discovered on the second floor of the unit. The wheelchair bound resident and two young children were able to escape the fire prior to EFD arrival.

The EFD went inside to locate and extinguish the fire, but also to search for victims. While no victims were discovered, EFD crews found the fire in an upstairs bedroom. The fire was extinguished and the surrounding area was checked for hidden fire; however, nothing was found. There were 14 EFD personnel on scene with no injuries reported.

After an investigation, it was determined that a young child set fire to combustibles in the bedroom using a lighter. The Red Cross was contacted to assist a neighbor with three young children that live in the next door unit. The damage estimate to the building and contents is $35,000.

Please teach your young family members about the dangers of playing the matches and lighters.