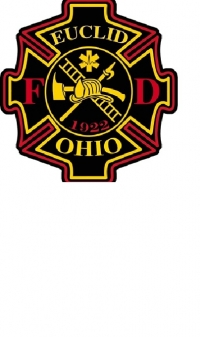 It's not unusual for the EFD to assist EPD and other law enforcement agencies. However, one recent encounter was unique. This letter of commendation was submitted to the EFD administration from Lt. Scott Svonovec about FF Kevin Shea and FF Brian Caimi:

"On the morning of April 26, 2017 at approximately 10:30 am, the above-mentioned members (while on duty) entered Simon's grocery store at 25831 Euclid Ave. and witnessed a theft attempt. Upon entering the store, Kevin and Brian observed a store employee attempting to stop a patron from exiting the store with two bottles of liquor hidden under his clothes. The female employee removed the bottles of liquor and tried to keep the patron from leaving the store. It was obvious to the two members that the employee required assistance. Kevin and Brian stepped in and kept the patron from fleeing the scene while EPD responded.

The action taken by these two members exemplify what being a member of the Euclid Fire Department is all about. Due to their high level of situational awareness, this matter came to a safe ending."

Svonovec continued, "I would like to commend these two members for their dedicated service and commitment to keeping our community safe."