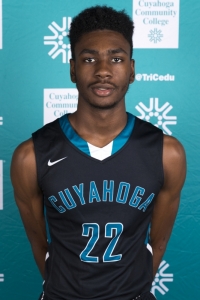 The freshman forward was named Second Team All-OCCAC after averaging a team-leading 13.1 points per game for Tri-C. Dove also contributed 7.6 rebounds per game for the nationally ranked Challengers, who finished the season with a record of 28-3 and co-champions of the conference. The title is the team's first since the 2010-2011 season.