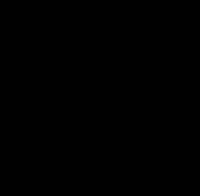 The Northeastern Ohio Science and Engineering Fair (NEOSEF) was held March 10th – 13th at Cleveland State University. Established in 1953, NEOSEF is a non-profit, all volunteer organization, whose goal is to get young adults interested in science and engineering by participating in a science and engineering competition. The Fair has been held every year since 1954 and is affiliated with the Intel International Science and Engineering Fair (ISEF). During the four day event, approximately 600 students from over 80 schools in the area set up their science fair displays, discussed their projects with 260+ judges and competed for more than $20,000 in prizes. One of the most rewarding aspects of NEOSEF was the opportunity for the students to discuss their research with professional scientists and engineers from the local area.

Four students were also honored with special awards. Two seventh graders, Anna Marie Radachy and Patrick Sweet, were nominated to participate in The Broadcom MASTERS®, a program of Society for Science & the Public (SSP). It is the premier science fair competition for 6th, 7th and 8th graders where they demonstrate their mastery of Math, Applied Science, Technology and Engineering as Rising Stars.

Morgan Fink, an 8th grader who will be attending Lake Catholic High School next year, was given a special award by the Society for Applied Spectroscopy-Cleveland Section and 7th grader Benjamin Grubach received special recognition from the American Institute of Aeronautics and Astronautics-Northern Ohio Section.